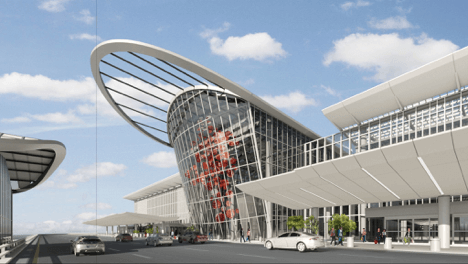 Everyone knows Orlando is a hot spot for conventions and theme parks, but not everyone knows the best way to get there! The Orlando Airport is six miles southeast of Downtown Orlando and is the perfect way of travel for your vacation! In 2017 this international airport was the busiest airport in Florida and ranked eleventh when compared to airports all over the United States. Now this amazing airport is in the process of getting a new terminal.
Orlando Airport New Terminal
The new terminal will cost over 2 billion dollars and will be finished in roughly three years. This is part of a new trend as airports all across the U.S. are expanding to match the passenger growth that has been reaching new heights as of late. The new sixteen gate terminal is designed as a new experience with sunshine to complement its sub-tropical greenery. The plan is to eventually have up to one-hundred and twenty gates, meaning it will match the size of the North Terminal. The first phase of the new terminal is set to increase the capacity to fifty million passengers a year.