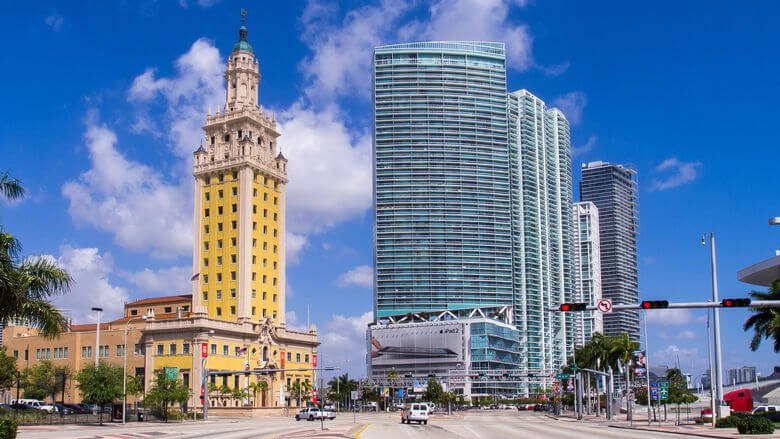 Right near Miami Dade College is a massive seventeen story building called Freedom Tower! This historic building was originally built in 1925 and was the headquarters for the Miami News. It later became a processing center for Cuban immigrants fleeing from Castro. This is how it got its name.

Nowadays the second floor of the building is a center for the Arts!
The Miami Dade College switches out art exhibits fairly frequently so there’s almost always something new to see!
In the past, they have showcased Goya, Dali and Da Vinci!
Admission is always free to the public!
Future plans are to turn the building into the Cuban American Historical Museum.

Check out more information on the website below!
https://www.nps.gov/nr/travel/american_latino_heritage/freedom_tower.html